If you are reading my story calmly or with some curiosity to discover how and whom I’ve murdered, I’ll bet, you are thinking that life will go on eternally. It will indeed, but alas we won’t. At this very moment, try minding more insignificant things than making best use of every second we could never possess, something makes us suppose that life lasts forever. The Sun never rises to find out some of us dead, sick or aggrieved. The Night doesn’t come to bring death upon us. It is all about our minds, hands and our steps we are putting forward.

That supposed-to-be-blessed-but-turned-out-cursed morning repeated the ones of 29 years I left behind. There was no sign, no mere hint or warning about what was about to happen or not happen. How could there be? Perhaps, it was not destined, but I took that step which I could neither forgive nor forget for the rest of my life. One step, one single decision put an end to someone’s life. It is not easy to tell you this story either. When you are retelling something that hurt your feelings deeply, it feels like you are wounding your about-to-be-healed cuts over again. On the other hand, that spirit whose body you put to sleep seems to be haunting you everywhere as if rebelling and demanding that you must admit your crime, your sin besmirched all your days both passed and coming in future which you underestimated or thought boring, thus revenging you. Your scar tortures you even more bitterly if the victim of your untamed step was someone innocent and speechless if your consciousness was the only witness to what your hands committed especially when you had wished the contrary of what you’ve done.

Very naively, I assured myself of sitting and working all day long unaware of the coming distraction call of my mind. I am not going to claim that my mind was agitating me to harm someone. Actually, it was a friendly invitation to aid a desperately hungry baby. Oh, my God, I was someone’s last hope, perhaps!

That day I failed to reach the kitchen, which was supposed to take me less than a few seconds to get. No one stopped me. I was just trapped in the Satan’s web prepared for me (I thought as anyone else who blames the evil if something bad happens to them). No one called me either. At least, no one did in a human voice. Stuck right on my way, I turned around to determine where continuous and adjuring chirp was coming from. The answer was not difficult one to guess for there was only one big tree on my right. Besides its shade and fruit, it was also the home for a whole sparrow family. Looking up, I could easily see the nest since the leaves were not so thick nearly all of which had fallen down unable to bear the wind. However, there was no hint at a bird over there. Yet, the chirping didn’t even cease if didn’t get louder. There couldn’t have been any doubts that one of the young birds had dropped out of the nest. On first sight, it seemed obvious where the faller could have hit. It was so weird though. The voice was getting stronger while the bird was nowhere as if it were invisible.

If the chirping hadn’t been so loud, I would have thought of the case as something paranormal like ghosts or UFO, etc.. Thankfully or to my misfortune I didn’t know at that time. After waiting for the young stray bird for about five minutes trying to figure out the location according to the voice in vain, my patience came to an end. The bird couldn’t have gone so far from the tree if it sounded so loud. Therefore, I didn’t have to look for the poor bird afar. The first and only place I researched was around the tree among the piled bricks surrounding the tree making a cozy bench out of the remains of the reconstruction of our house a year ago. The arrangement of bricks served as our refuge to escape the hot sun. Luckily, the baby bird was just between ones of the bricks nearest the tree. Though the bricks weren’t something soft, the bird was looking good. I can never put the moment when I took it into my hands out of my mind. It was a small and weak part of life struggling to live against the severe tricks of its destiny. My new acquaintance might mistake me for Mother for it opened mouth wide as soon as my hands touched its soft wings as if begging me to give it some food. I felt so sorry for it. Putting it back onto the brick safely, my feet would lead me where my mind was prompting that there might be some food. At last, I stopped on the breadcrumbs off the table my mother had accumulated in the special bottle.

After having three or four mouthfuls of the dry bread, my bird stopped feeling exhausted of chewing. In my hands, I was holding a tiny life with a small and full belly breathing heavily. When it felt drowsy and satisfied by the food, it was time to put my pet back into its nest I assumed. It had to stay on the brick once more while I was busy resolving my problem of returning it home nearly at the top of the tree. I could have climbed it. However, there was no reason to harm that thin tree. Besides, there would be no point reaching the nest if it crashed for it was four times as tall and twice as thin as I was. I needed an extra immediate solution.

As if foreseeing what I was about to do, there came Mother Sparrow twirling and singing around the tree letting everyone know the tragic fate of her baby. When my new equipment to save the lost and found pet was ready, I turned and saw Mother feeding its kid bird with the food in its bill. They seemed to be speaking about something. What were they talking about? Maybe about me? Unfortunately, there was no time to craft something original. That’s why, I had to choose a long stick lying under the ladder behind the tree. Attaching the cut bottom of the plastic bottle to the very tip of the equipment, I placed my tiny friend inside.

No matter how immature it might seem, I had timed everything move by move so perfectly that my hopeless kid was already in the nest in my mind. My hands started trembling suddenly when the young bird was already high above the nest and there came the time to turn the bottle bottom upside down to let it into the nest. Then, still keeping it fast against the nest, my eyes could notice the bottom empty through the transparent piece of plastic bottle gleaming under the burning Sun.

I was in the seventh heaven heaving a sigh of relief to help a new life go on. Only when the stick slipped out my hands and fell beside, I understood how wrong I was. To my endless shock and horror, the object of my proud fell on to the brick in front of me with a stick on my left. However, this time the tiny bird gave a little quiver, and lay still. I was supposed to weep and beg its pardon to apologize, but I had forgotten both. Only my heart was crying. A minute ago, I had been satisfied with my act of kindness. At the end, what I could do was to whisper, “I am sorry!” Those weak wings and body couldn’t tolerate the fall and stopped breathing immediately. I had no idea what happened to my victim later. I decided to leave it where it rested not to harm it even more. However, I know where it is now, because I buried it in my heart.

You aren’t dead though those broken wings and dry body aren’t home for your spirit any more. You’re alive in my heart with me while I am alive. 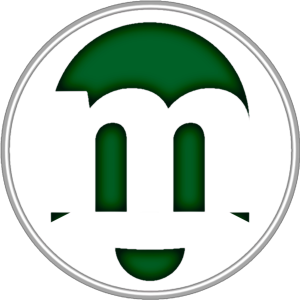